Have you got what it takes to keep the skies safe from ruthless villains? Your island paradise is being invaded, and hot-shot Keith Koala needs to jump into the gunner’s seat and fight off some of the most menacing meanies that the Aussie Islands have ever seen! Grab the controls to blow them out of the sky before they plunder everything your home has to offer.

In Sky Squadron VR you take control of a plucky Koala and his friends while they defend their home from evil invaders. Grab the gun controls by both hands to aim and shoot in this classic arcade rail-shooter that sees the player destroy fighters, dismantle giant bosses and repair their plane on the fly. Invite a friend to join you in online co-op, or compete for the highest score on the global leaderboards. 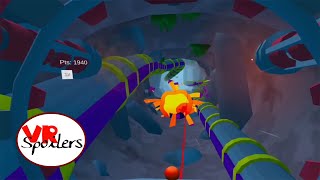