Vertical Shift features 4 multiplayer modes. Each mode can be played with up to ten people with crossplay.

Team up and work together for this fast pace reimagining of everyone’s favorite playground game! Two teams will face off in ten-minute matches. Each player is equipped with an EMP blast, which will freeze the other team in their tracks. The first team to ten points wins!

Players compete in a free for all to capture and hold the Hot Seat! Steal the hot seat by tagging the golden player.

Infection
One player starts as infected and hunts down all other players.

Swing through a series of obstacles and compete to be the first across the finish line! 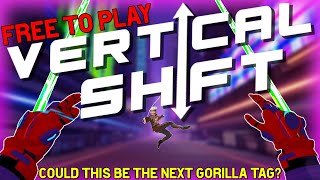 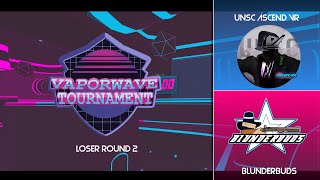 Your parents are murdered in front of your eyes while you get bitten by a radioactive spider in a prison cave which forces you to make jet gloves... At least that's how I imagine this super hero would be explained. Really fun & innovative game & movement. I haven't even played any games yet. I've just been enjoying flying around the futuristic post-apocalyptic cyberpunk city. Really look forward to see this game continue to develop.